NEW YORK, Jan. 12, 2021 /PRNewswire/ — For the first time, New Yorkers can play the lottery from the comfort of home. Today, Jackpocket, the first and only licensed third-party lottery app in the U.S., announced the ability to play Powerball, Mega Millions, New York Lotto, Cash4Life, Win 4, Take 5, Pick 10 and Numbers in New York state. The launch in New York comes as both Mega Millions and Powerball are over $500M for their drawings tonight and on January 13 respectively.

“As a native New Yorker and growing up watching my father play the lottery, being able to use Jackpocket in New York is personal for me,” said Peter Sullivan, CEO and founder of Jackpocket. “Jackpocket’s mission is to make the lottery more accessible and convenient to play. I’m proud that now it’s easier than ever to play your favorite games from anywhere in New York.”

By broadening access to the lottery, Jackpocket helps drive state lottery revenue while also  attracting new consumers who otherwise would not be active lottery players. Over sixty-percent of current Jackpocket users are under 45 years old. The New York Lottery contributed over $3 billion in 2019 to help support education in New York State and continues to represent 13% of the total state education aid to local school districts.

To ensure player safety, Jackpocket offers consumer protections such as daily deposit and spend limits, self-exclusion, and in-app access to responsible gaming resources. Jackpocket is a member of the National Council on Problem Gambling, and the first third-party lottery service to receive a responsible gambling certification from the NCPG’s Internet Responsible Gambling Compliance Assessment Program.

About Jackpocket
Jackpocket is on a mission to create a more convenient, fun and responsible way to play the lottery. By being the first company to automatically lock a customer’s account to their ticket serial number, Jackpocket makes the lottery even more secure. Jackpocket is currently available in Arkansas, Colorado, Minnesota, New Hampshire, New Jersey, New York, Ohio, Oregon, Texas, and Washington, D.C., and is expanding to many new markets. Download the app on iOS or Android and follow along on Facebook, Twitter and Instagram. 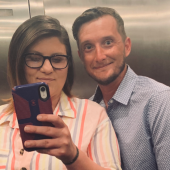 Erik has played many roles for Knup Solutions over the years including Sports 2.0 admin, site mgmt, content creation, and writing. An avid card collector, sports fan, musician, and family man, Erik continues his journey trying to grow the Sports 2.0 Network to a household name. You can find his work across the Sports 2.0 Network and up and down his Twitter feed. He is also the biggest St. Louis Cardinals fan in the world.